To celebrate the publication of my Maverick early reader with Sophia Touliatou, ‘Biscuit Blast Off!’ I thought I’d share a little bit about how the new book came about since early readers can be something of a mystery to authors. 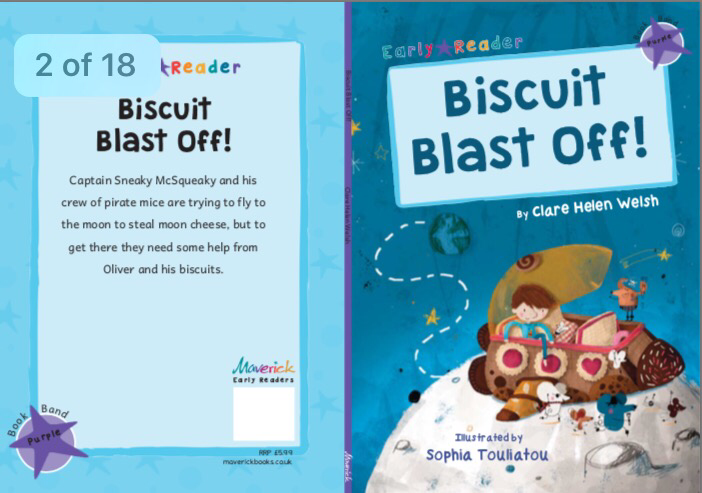 So, what is an early reader?

Maverick have developed a range of early readers; books aimed at a child’s independent reading level. These are banded in order of difficulty (pink to purple) and are the kind of text your child might bring home from school or nursery.

Maverick are republishing some of their existing picture book texts into this early reader format, which is exciting for newly independent readers who will be able to practise their reading skills while reading stories they know and love. 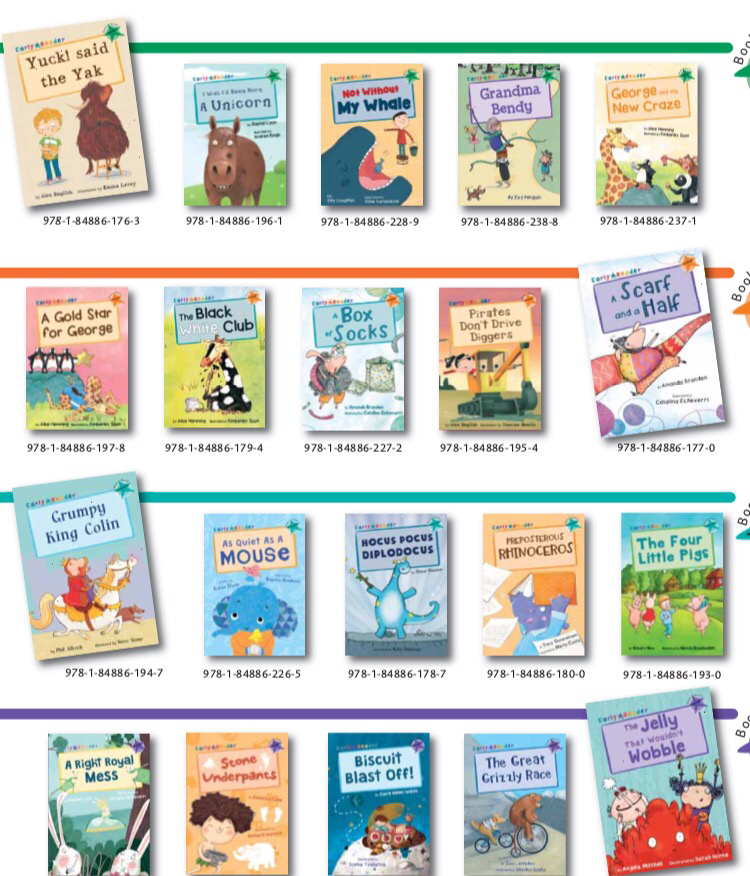 How is the publication of an early reader similar or different to a picture book?

Since early readers usually work to a specific criteria, and these vary from publisher to publisher, editors usually contact authors directly where these texts are concerned, as opposed to submissions.

In my case, I was approached by Steve and Kim at Maverick and was delighted that they wanted to develop the story into this new format. So what was involved?

1. First I worked with Maverick’s literary consultant to edit the text to make it suitable for readers of purple band. This involved cutting the word count and limiting new and difficult vocabulary that might throw younger readers … such as ‘aerodynamics’!

2. Next I tried out the revised text on a group of eager Year One and Year Two children in my school, which also involved voting on a new title for the book. It was landslide victory for ‘Biscuit Blast Off!’

3. Finally, the edits were sent back to Maverick editor, Kim, who worked with Sophia’s illustrations to design a new format for the book.

I think I speak for everyone involved when I say we are delighted with the new format and we are excited that it will now be in the hands of new, young readers !  Well done, Team Biscuits. Please let us know if you enjoyed it !

7 thoughts on “Publication day for ‘Biscuit Blast Off!’”